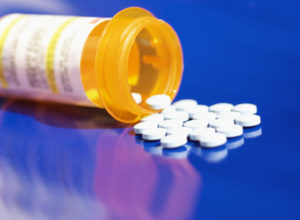 Painkillers such as aspirin, Aleve and Advil don’t help most people with back pain, a new review finds. The researchers estimated that only one in six people gained a benefit from taking these nonsteroidal anti-inflammatory drugs (NSAIDs). Meanwhile, previous research has suggested that another common painkiller, Tylenol (acetaminophen), isn’t very useful either, the study authors added.

The findings raise the prospect that no over-the-counter painkillers really ease back pain, at least in the short term, and some may raise the risk of gastrointestinal problems.

“There are other effective and safer strategies to manage spinal pain,” said review author Gustavo Machado. He is a research fellow with the George Institute for Global Health in Sydney, Australia.

The researchers also found that participants taking the drugs were 2.5 times more likely to experience gastrointestinal side effects, compared with those who took inactive placebos.

Benjamin Friedman is an associate professor of emergency medicine with Albert Einstein College of Medicine and Montefiore Medical Center in New York City. He estimated that the painkillers might be even more ineffective than the review suggests, with fewer than one in 10 patients getting substantial relief.

What should patients with back pain do? Friedman said he often recommends the drugs even though they’re not likely to provide benefits. Study author Machado said, “Patients should discuss with their doctors whether they should take these drugs, considering the small benefits they offer and likelihood of adverse effects.”

As for whether opioid painkillers — such as Oxycontin — might work, he suggests that patients avoid them for back pain since research by his institute’s team has suggested they aren’t very effective either. However, Friedman said they’re often prescribed for very brief periods for unbearable pain, along with physical therapy.

As for other suggestions, Machado points to guidelines that recommend patients with back pain remain active and avoid bed rest.

Also, Machado said, “people should focus on preventing back pain in the first place. Having a healthy lifestyle and engaging in physical activities is a very important way of achieving this.”