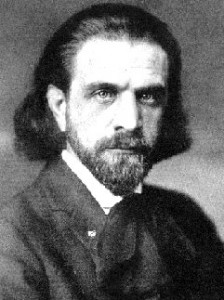 Monday, September 14th would have been B.J. Palmer’s 133rd  birthday. B.J. is considered the developer of Chiropractic. His father D.D. Palmer was the founder and with his first adjustment restored the hearing of Harvey Lillard, who recounts that it was lost after hearing a “pop” in his back.

B.J. Palmer devoted his life to Chiropractic and continued to build on what his father had started. Dr. Palmer established what it is to be well and to stay well by removing vertebral subluxations from the body. He dedicated his life to finding the cause of dis-ease, and removing the cause to allow the body to restore optimal health. Many times we look at the symptoms of our ailments and think we need to address them, however if you look at the source that is causing the symptom, you can remove that cause and regain the status of HEALTH.

His contributions to Chiropractic included extensive research, improved methods of spinal adjustments, higher standards for chiropractic education, and has increased the appreciation of Chiropractic worldwide.

Chiropractic adjustments have brought health to millions worldwide! For instance, According to the National Chiropractic Journal in 1942, Gandhi benefited from Chiropractic when he was suffering from High blood pressure. After 3 months of regular treatments his blood pressure had lowered.

Evander Holyfield declares that a chiropractor helped with his performance before a boxing match and gives him that edge to win.

Other celebs also use Chiropractic to help heal their bodies and to stay healthy. Talk show host, Montel Williams currently suffers from M.S. and has extreme neurologic pain in lower extremities constantly. After a couple of weeks of seeing a chiropractor, he began to experience less pain, regained strength, and improved balance.

Thank you Dr. Palmer for untiringly and relentlessly striving to maintain this principle, so others in the world could know that if you simply remove the cause of dis-ease, then you can be free of Nerve Interference and you can have Optimal Health!!