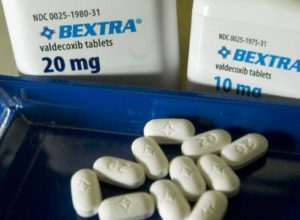 Some governmental organizations are pressuring the FDA to approve drugs faster, but researchers at Yale found that nearly a third of all drugs approved between 2001 through 2010 had major safety issues after they were made widely available to patients.1

A good question then is: If you are having symptoms or pain, should medication be your first choice?

Our bodies adapt to the changes that we put them up to. The changes are called stressors. The stressors will be from the habits we have or the habitat we live in. The stressor(s) cause what is called a sympathetic shift in the function of your brain, specifically the cerebellum. This shift increases what is called allostatic load, taking you out of homeostasis and the result is fight or flight.

Physiological changes happen when you are in fight or flight. These changes will eventually lead to symptoms you feel, but often not right away. So if you have an allostatic load, adaptation to the stressor, or what you may have heard me call rocks in the backpack, the symptom or pain is the inevitable result of allostasis.

Is taking medication going to remove the stressor which is caused from your habits or habitat?

Will taking medication help you come out of allostasis and closer to homeostasis, which is health?

Will taking medication actually be a stressor and move you further into allostasis, even if the medication takes the symptom away?

And if you are one of the unlucky ones to be taking one of the medications that are in the “one third” that have “major safety  issues,” will you be even further away from health and homeostasis?

If you are taking medication, do not just stop taking it. But, perhaps it could be wise to consult with your medical doctor and let them know you want to work at becoming more drug free. Most MDs now recognize that drugs are not healthy. Most are willing to work with people who want to take less drugs.  But they are accustomed to working with those who don’t want to change habits, so they prescribe drugs. They simply give the patients what they want, medication.

Is that what you want? Do you want to trust the drugs? Or would it be worth it for you to change the habits?