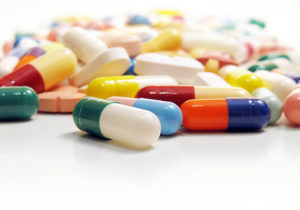 I frequently get asked the question, should I continue to take cholesterol lowering drugs, known as Statins?

My first answer is to ask your Medical Doctor. It is not in the scope of Chiropractic to prescribe or “anti-prescribe” any medications. However, you and I can quickly do a search of what the literature says regarding this and other topics. Therefore I will be clear that this article is not giving medical advice. It will quote information from reputable sources that you can verify.

“The prevalent wisdom that a low-fat diet and cholesterol reduction are essential to good cardiovascular health is coming under increased scrutiny. An examination of the foundations of this view suggests that in many respects it was ill-conceived from the outset and, with the accumulation of new evidence, it is becoming progressively less tenable. Cross-sectional, longitudinal and cross-cultural investigations have variously suggested that the relationship between dietary fat intake and death from heart disease is positive, negative and random. These data are incompatible with the view that dietary fat intake has any causal role in cardiovascular health, These cautions are borne out by numerous studies which have shown that multi-factorial primary intervention to lower cholesterol levels is as likely to increase death from cardiovascular causes as to decrease it. Importantly, the only significant overall effect of cholesterol-lowering intervention that has ever been shown is increased mortality.”1

So if you are asking the question, should you take cholesterol lowering drugs, that is the first best step. The next step is to ask your doctor and if they give you conflicting information ask them where did they read that and can you have a copy. They should be able to show you evidence, not marketing from the pharmaceutical company.