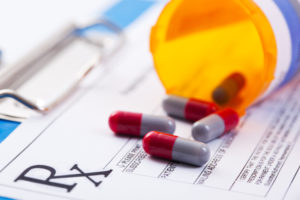 For several years there has been a movement within the chiropractic profession to be able to prescribe medications. This is a fairly small but very vocal and determined group of chiropractors. I AM NOT one of them.

Some of their arguments could make sense to many and may even tug at your emotions. I say, why not look at the evidence?

Dr. James Chestnut from WellnessandPrevention.com recently responded to a group of these chiropractors in Wisconsin regarding this issue. Click here to read the complete article, Chiropractic or Chiropractic Plus Prescription Drugs. Here are a few highlights:

“Management of low back pain was a 20th century health care disaster. Medical leaders such as Waddell, who was a principal consultant for the literature review for both the UK and the US national back pain guidelines in the 1990s and is author of the highly respected text The Back Pain Revolution, acknowledge that management of low-back pain was “a 20th century health care disaster” and that “it is now time for a fundamental change in clinical management and reorganization of health care to meet the needs of these patients.” For patients with common or mechanical back pain and neck pain/headache there is now a change from extensive diagnostic testing, rest, medication for pain control and surgical intervention based on structural pathology as in traditional medical practice, to exercise, manual treatments, early mobilization of patients and education about the spine and lifestyle, based on functional pathology as in traditional chiropractic practice. “This management approach is not only effective but highly cost-effective.”

“Studies did not provide evidence for long-term use of muscle relaxants in chronic low back pain.” “Muscle relaxants demonstrated more CNS side effects compared with placebo in nearly all trials.”

I am not opposed to medications being prescribed by those that have earned the credentials to do so. Chiropractors that are wanting the ability to prescribe drugs are capable of becoming nurse practitioners, physician’s assistants or medical doctors. I just don’t believe it is in the best interest of the public to have chiropractors be just another source for drugs. There is no other health care profession that can do what chiropractors do. We are the best trained at spinal health. Shouldn’t Chiropractors keep their focus on what they are so good at?

There is a Chiropractic Drug Bill, SB 150, that will be heard in the upcoming legislative session in New Mexico. This means that those in opposition to it must speak out. What can you do to help?

Thank you for your support in this very important legislation. It is clear in the evidence that your chiropractor should not prescribe drugs and I pledge to protect and preserve.

SB150 was heard on Tuesday February 7th in Santa Fe in front of the Senate Public Affairs Committee. The bill was presented by Steve Perlstein, accompanied by Senator Cisco McSorley and the Presidents of 2 of the Chiropractic Colleges. There are currently 4 Chiropractic Colleges out of 18 that are working toward prescriptive rights for Chiropractors. These schools represent less than 20% of the Chiropractic student population overall. According to enrollment numbers, they are a minority. Also present were representatives from the medical community. They shared concerns over this bill and the safety of the public if it passed. There were many Chiropractors and Chiropractic advocates, including some of our patients that made the drive to Santa Fe to be present.

It was apparent that the majority of the senators had already made up their minds and were opposed to the bill. After the arguments were heard, Senator Stuart Ingle made a motion to table the bill. Those who voted yes to table the bill, which means it would not pass and this year’s fight is over were Senator Craig Brandt, Senator Candace Gould, Senator Jeff Steinborn, Senator Bill O’Neill, and Senator Elizabeth Stefanics. Those who voted no, meaning they didn’t want it tabled were Senator Mimi Stewart and Senator Gerald Ortiz y Pino.

The bill is dead for now.  We thank all of our patients and friends that made the phone calls to the senators and those who made the drive to Santa Fe to be present when the bill was heard. Also, a big thank you for those who were understanding as the office needed to be closed on Tuesday.