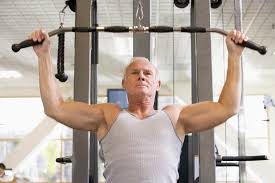 Earlier this year the BMJ (formerly the British Medical Journal) published a paper that stated that medical errors are now the third leading cause of death in America,1 behind heart disease and cancer.  The article was not clear if the 251,000 deaths annually includes the 109,000 plus people that die as a result of “properly prescribed” prescription drugs, more than died in all the years of Vietnam. These are FDA approved medications that are causing death.

A similar report more than two decades ago estimated 98,000 deaths per year but in 1994, Dr. Lucien Leape, MD and professor at Harvard School of Public Health estimated this number to be more accurate at more than 180,000 deaths.2 Dr. Gary Null determined that the actual number would be 783,936 deaths a year using data from the Institute of Medicine. Some say that this number is likely low, since Dr. Null uses the IOM’s number for hospital deaths caused by medical errors (not all of which are recorded), when these more recent calculations put it much higher. Null writes in his book, Death by Medicine, “Dr. Lucien Leape in 1994 said his figure of 180,000 medical mistakes annually was equivalent to three jumbo jet crashes every 2 days.” This new report shows that six jumbo jets are falling out of the sky every day from medical errors.

This makes medical errors the NUMBER ONE CAUSE of death in America.

The purpose of me bringing this data to light is NOT to bash on the medical profession. I have many patients and friends that are in the medical field. I believe that the majority of medical professionals are good, honest people, attempting to save lives every day. My reason to share this information is to emphasize that according to the evidence, it appears that your risk of death increases when your health is suffering and you need medical intervention. Why not develop health habits that will keep you out of the hospital and doctor’s offices?

There is increasing evidence that “diseases of civilization” (atherosclerosis, hypertension, many cancers, diabetes, obesity and others caused from genetically incongruent diet and sedentary living) cause 75% of all deaths in Western nations.3

Your lifestyle habits will determine your quality of life and your cause of death.