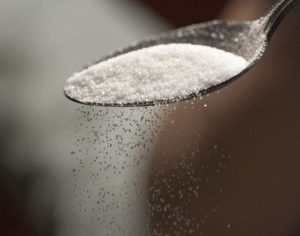 There is so much controversy regarding flu shots.  There are people and organizations on both sides of this controversy that are ready and eager to share their compelling “evidence” to support why they believe as they do. For the record, I am against flu shots for multiple reasons. I have written articles in the past sharing why I would never get or encourage anyone to get a flu shot. The purpose of this article is not to share those reasons again. This article is intended to give you useful information that will actually boost your immune function, whether you get the shots or not. This historical information is from Neil Z. Miller, medical researcher and journalist.

In 1948, during the height of the polio epidemics, Dr. Benjamin Sandler, a nutritional expert at the Oteen Veterans’ Hospital, documented a relationship between polio and an excessive use of sugars and starches. He compiled records showing that countries with the highest per capita consumption of  sugar, such as the United States, Britain, Australia, Canada, and Sweden (with over 100 pounds per person per year) had the greatest incidence of polio. In contrast, polio was practically  unheard  of  in  China  (with its sugar use of only 3 pounds per person per year)].

Dr. Sandler claimed that sugars and starches lower blood sugar levels causing hypoglycemia, and that phosphoric acid in soft drinks strips the nerves of proper nourishment. Such foods dehydrate the cells and leech calcium from the body. A serious calcium deficiency precedes polio. Weakened nerve trunks are then more likely to malfunction and the victim loses the use of one or more limbs.

Researchers have always known that polio strikes with its greatest intensity during the hot summer months. Dr. Sandler observed that children consume greater amounts of ice cream, soft drinks, and artificially sweetened products in hot weather. In 1949, before the polio season began, he warned the residents of North Carolina, through the newspapers and radio, to decrease their consumption of these products. That summer, North Carolinians reduced their intake of sugar by 90 percent– and polio decreased by the same amount! The North Carolina State Health Department reported 2,498 cases of polio in 1948, and 229 cases in 1949 (data taken  from North Carolina State Health Department figures).

One manufacturer shipped one million less gallons of ice cream during the first week alone following the publication of Dr. Sandler’s anti-polio diet. Soft drink sales were down as well. But the powerful Rockefeller Milk Trust, which sold frozen products to North Carolinians, combined forces with soft drink business leaders and convinced the people that Sandler’s findings were a myth and the polio figures a fluke. By the summer of 1950 sales were back to previous levels and polio cases returned to “normal.”

One of the single biggest things you can do to improve your immune function is to reduce or virtually eliminate sugar from your diet.